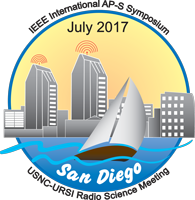 We recently proposed a new class of single source integral equations (SSIE) for solution of the scattering problems on homogeneous dielectric objects in 2D and 3D. The new integral equation is obtained through constraining of a single source electric field representation with the volume equivalence principle as opposed to the surface equivalence principle as it was done in the previously known SSIEs. As a result, the new equation is formed not only by the integral operators translating field quantities from the object surface to its surface as its done traditionally, but also by the integral operators translating the fields from the object surface to its volume and from its volume to its surface. Because of such translations the new SSIE is termed as the Surface-Volume-Surface (SVS) Electric Field Integral Equation (EFIE). Discretization of the integral operators forming SVS-EFIE requires both the surface and volume meshing of the scatterer. Such discretization was previously performed with low-order (LO) Method of Moments (MoM) for the 2D scattering problems under TM- polarization (A. Menshov, et.al., IEEE T-MTT, 2013) and TE-polarization (F. S. Hosseini Lori, et.al., IEEE T-AP, 2017), as well as for general 3D scattering problems (F. S. Hosseini Lori, et.al., IEEE T-AP, 2017 (submitted)). In this work we demonstrate higher-order (HO) MoM solutions in 2D of the scalar SVS-EFIE (TM-polarization case), vector SVS-EFIE (TE-polarization case), and discuss its HO MoM discretization in the case of general 3D scattering problem.

The SVS-EFIE features the product of two EFIE operators translating field from the scatterer surface to its volume and back from the volume to its surface. Both EFIE operators are formed as a sum of the singular integral operator corresponding to the magnetic vector potential contribution to the electric field and hypersingular integral operator corresponding to the contribution from the gradient of the scalar potential to the same field. Hence, the product of the EFIE operators comprises four terms each featuring a product of singular and hypersingular operators. Judicial choice of basis and testing functions is required as well as appropriate use of gradient and divergence theorems to compute pertinent integrals entering into the HO MoM discretization. The latter must be computed to prescribed precision within the framework of HO solution in order to achieve desired accuracy level in the computation of the fields. The HO MoM formulation proposed in this work allows for such computations to be done efficiently as no hypersingular integrals are featured in the resultant expressions for the HO MoM matrix elements.