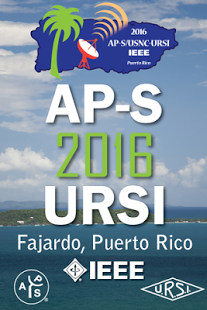 The method of moments (MoM) solution of the electric field integral equation (EFIE) with Rao-Wilton-Glisson (RWG) basis and testing functions has been very popular for analysis of scattering from conducting objects. However, the traditional form of the EFIE for perfect electric conductors (PEC) does not include effects associated with the imperfect conducting surfaces that can be important for many practical applications of electromagnetic modeling. Modeling of the Ohmic loss is often treated by imposing impedance boundary condition (IBC) relating the tangential components of the electric and magnetic field on the surface of the imperfect conductor. In its simplest form, IBC-EFIE is very similar to PEC-EFIE, except for a surface impedance term. For imperfect conductors, surface impedance, and impedance-scaled Gram matrix is added to the EFIE MoM matrix. While this often helps with matrix conditioning, the IBC-EFIE suffers from the same low-frequency and dense-discretization break- downs that the PEC-EFIE operator suffers from.

In this article, we show that if the surface impedance operator is present in the EFIE, the standard multiplicative Calderon preconditioner (F. Andriulli, et al., IEEE TAP, 2008) cannot be applied directly. This is because the result of the integral operator product is no longer in the desired form of the sum of a constant and a compact operators. Instead, we propose to augment the Calderon multiplicative preconditioner with the same surface impedance operator used in the IBC-EFIE. Though this modification does not guarantee Calderon identities to be satisfied exactly, it provides an approximation that is sufficient for preconditioning purpose.

The proposed augmented Calderon multiplicative preconditioner is implemented by adding an impedance-scaled Gram matrix to the RWG impedance matrix constructed on the barycentric mesh. The augmentedCMPallows for inclusion of imperfect conductor loss effects into the EFIE solution without a detrimental effect on the spectral properties of the preconditioned matrix equation and the convergence rate of iterative solvers.